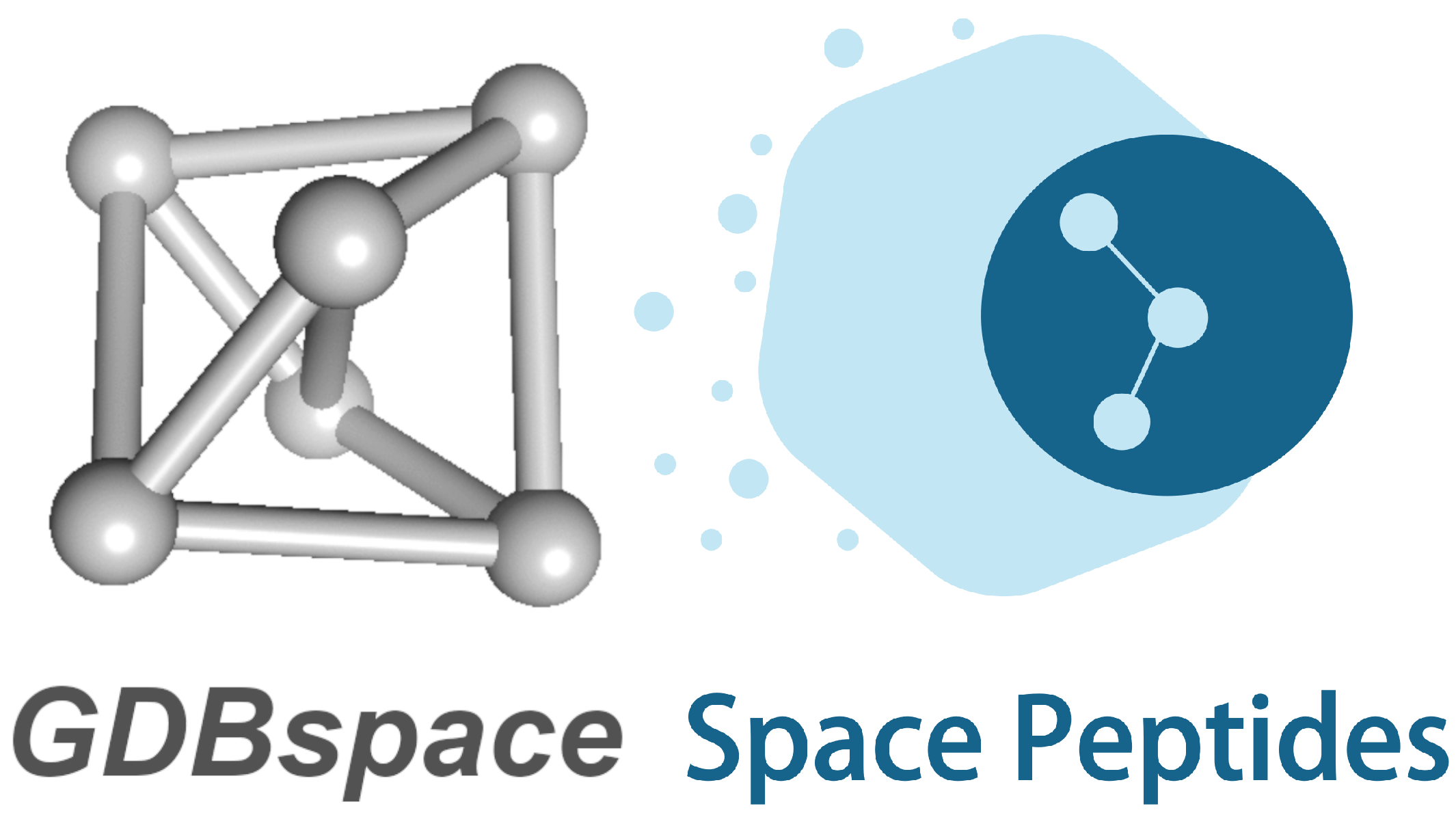 Peptides are molecules of paramount importance in the fields of healthcare, nutrition and cosmetics. Several technologies for production are available, among which chemical and enzymatic synthesis are especially relevant. Space Peptides synthesizes your peptides by chemical methods, most typically using Solid Phase Peptide Synthesis (SPPS). Alternative chemical methods include solution phase and hybrid approaches.

How are peptides synthesized using SPPS?

SPPS allows the rapid assembly of a peptide chain through successive reactions of amino acid derivatives on an insoluble porous support. The solid support consists of small, polymeric resin beads functionalized with reactive groups (such as amine or hydroxyl groups) that link to the nascent peptide chain. Since the peptide remains covalently attached to the support throughout the synthesis, excess reagents and side products can be removed by washing and filtration. This approach circumvents the comparatively time-consuming isolation of the product peptide from solution after each reaction step, which would be required when using conventional solution-phase synthesis. Each amino acid to be coupled to the peptide chain N-terminus must be protected on its N-terminus and side chain using appropriate protecting groups such as Boc (acid-labile) or Fmoc (base-labile), depending on the side chain and the protection strategy used. The general SPPS procedure is one of repeated cycles of alternate N-terminal deprotection and coupling reactions. The resin can be washed between each steps. First an amino acid is coupled to the resin. Subsequently, the amine is deprotected, and then coupled with the free acid of the second amino acid. This cycle repeats until the desired sequence has been synthesized. SPPS cycles may also include capping steps which block the ends of unreacted amino acids from reacting. At the end of the synthesis, the crude peptide is cleaved from the solid support while simultaneously removing all protecting groups using a reagent strong acids like trifluoroacetic acid or a nucleophile. The crude peptide can be precipitated from a non-polar solvent like diethyl ether in order to remove organic soluble by products.

How are peptides purified?

The crude peptide can be purified using reversed-phase HPLC. The purification process, especially of longer peptides can be challenging, because small amounts of several byproducts, which are very similar to the product, have to be removed. For this reason so-called continuous chromatography processes such as MCSGP are increasingly being used in commercial settings to maximize the yield without sacrificing on purity levels.

Our purification techniques include the following:

What are the challenges in peptide synthesis?

SPPS is limited by reaction yields, and typically peptides and proteins in the range of 70 amino acids are pushing the limits of synthetic accessibility. Synthetic difficulty also is sequence dependent; typically aggregation-prone sequences such as amyloids are difficult to make. Longer lengths can be accessed by using ligation approaches such as native chemical ligation, where two shorter fully deprotected synthetic peptides can be joined together in solution.

Why not producing  peptides via recombinant processes ?

What is the difference between peptide purity and peptide content?

Peptide purity is a percentage of the target sequence as determined by HPLC. The impurities found in a peptide will include deletion sequences, truncated sequences, and incompletely deprotected sequences. Peptide content can be determined in a few different ways depending on the sequence and is a measurement of the native peptide present versus the non-peptide components.

What custom modifications can you perform?

We also custom modify your peptides. We perform a broad variety of peptide modification, some of these modifications include:

What purity of peptides should I order?

What salt form of peptides should I order?

Final isolation of the peptide is typically achieved by lyophilization. Space Peptides provide the options of various lyophilized salt forms (e.g., trifluoroacetate, acetate, chloride), depending on your experimental needs. In general, peptides are isolated to a lyophilized trifluoroacetate salt form, and further salt conversions can be performed for other salt form options. Alternatively, peptides can be isolated via precipitation, crystallization, and spray drying.

Space Peptides dispenses / aliquots your peptide orders into smaller quantities, according to your specifications. This will allow your peptides to enjoy greater stability in the long run by preventing contamination from frequently opening the container. Repeated thawing/freezing and opening/closing of the container will invariably introduce moisture into the samples. This could lead to bacterial degradation, peptide oxidation, and aggregation, lowering the purity of your peptide and causing loss of repeatability / continuity in future experiments. Weights for aliquots 1 mg and over will be determined by our balance scale. All aliquots less than 1 mg will be aliquoted volumetrically for more precision than our balance offers.

What type of Quality Control (QC) will be performed on my peptides?

Every peptide is quality controlled using HPLC and Mass Spectrometry (MS). You will receive the HPLC and MS analytical reports – Certificate of Analysis (CoA), together with your peptide samples.

Space Peptides also provides a recommended solubility test on each peptide. This solubility test utilizes solvents that are applicable for your experiment (e.g., sterilised water), and can be customized according to your specifications. The test will save you time and effort in trying to determine the solubility and will also save peptide so that you won’t need to use a small sample for testing if you do not have the ability to lyophilize the peptide.

How long does it take to produce the peptides?

Space Peptides typically takes 2-3 weeks to synthesize custom peptides, though the time period may vary depending on the two most determinate factors of sequence length and purity required. Commonly used Catalog peptides are readily available in-stock.

How are my peptides shipped?

Your peptides are shipped by FedEx service. On the day of the shipment, an e-mail is sent to the end-user confirming the shipment and providing a FedEx number in order to track the package if needed. Depending on the peptides, we either ship the peptides via cold chain or at ambient temperature and accompanied with desiccant to absorb excess moisture. Upon receipt of the product by the end user, it should be stored immediately at -20°C or lower.

How should I handle and store my peptides upon delivery?

Upon receipt of the product by the end user, it should be stored immediately at -20°C or lower. Before use, it is important to allow the peptide to warm to room temperature prior to opening the container. Warming in a desiccator or dry box is the best way to avoid water condensation forming on the peptide. Weigh out the product quickly in a clean environment only the needed quantity to be used to minimize contamination and reseal containers tightly. Store all unused peptide at -20°C or less in a sealed container with desiccant. Storage under these conditions will reduce and prevent bacterial degradation, secondary structure formation, and oxidation for up to several years. Sequences containing cysteine, methionine, tryptophan, asparagine, glutamine, and N-terminal glutamic acid will have a shorter shelf life than other peptides. When solubilizing the peptide, please use the recommended solvents outlined in the solubility test provided by Space Peptides. Sonication is often helpful to dissolve the peptide. In general, sterilized water is the preferred solvent, but acidic peptides will dissolve in a basic buffer and basic peptides in an acidic buffer as determined by the amino acid sequence of the peptide. Peptide sequences containing Cys, Met, and Trp require oxygen-free solvents as they are especially prone to oxidation. Peptides in solution are much less stable than lyophilized form and will remain viable for a much shorter period of time. As such, it is not recommended to store peptides under these conditions, but if absolutely unavoidable, the peptides in solution should be kept at -20°C using sterile buffers at pH 5-6 to prolong shelf life. The best way to avoid running into this issue is to have the peptides dispensed / aliquoted into smaller quantities by Space Peptides upon placement of the order.